Skip to content
What is the Best SSD Drive to Buy

For several years, we are made to deal with slow and underperforming hard drives. Not only are they slow when it comes to performance but the transfer speeds have also become underwhelming. With this, we can say that hard drives typically haven’t aged well and the deteriorating performance over time is taking a toll on hundreds of computers around the world.

However, with current innovations, these scenarios are rarely experienced thanks to SSDs. SSD stands for solid-state drives which use integrated circuit components to provide faster loading speeds as well as more efficient means of storing data. When compared to the already aging HDD, SSDs typically outperform them in all aspects.

However, with the vast array of SSDs to choose from in the market today, choosing the right one becomes more and more difficult. Thankfully, we are here to save you all the hassle of scouring the internet in hopes to find the right SSD for your computer.

In this article, we aim to answer the question, “What is the best SSD drive to buy?” With this, we will provide you with a list of the best SSDs out there. We understand that different users have their own set of preference when it comes to choosing the right SSD, because of this, we will highlight each entry with their respective category. For example, if you are into gaming, then we have an entry for the best gaming SSD.

Moreover, we will also highlight the different features for each of the entries and emphasize why they deserve to be included in this list. So without further ado, let us start.

SAMSUNG (MZ-V7S1T0B/AM) 970 EVO Plus SSD 1TB - M.2 NVMe Interface Internal Solid State Drive with V-NAND Technology
$99.99
Buy Now
We earn a commission if you make a purchase, at no additional cost to you.

Our first entry on our list is from a company that is a powerhouse, Samsung. We are talking about the excellent and highly capable Samsung 970 Evo Plus. We feature it first on our list since it ticks all the boxes and typically excels in all fronts. The model is available in four different capacities (250 GB, 500 GB, 1 TB, and 2 TB). The unit’s interface houses the PCIe Gen 3 x 4 M.2. Each purchase of the Samsung 970 Evo Plus comes with five years warranty.

Samsung is not a stranger when it comes to manufacturing excellent and high-quality SSDs. But when the Samsung 970 Evo, it typically knocked other SSDs in its price range, out of the park. The unit is equipped with higher speeds as well as a new silicon material.

Simply put, the Samsung 970 Evo Plus is one of the speediest SSDs available in the market right now.  What makes it such a catch is its affordable price tag. Despite the small price tag, you get more features and more software upgrades.

The second entry on our list is for gamers who want to have consistent and lag-free experience when playing their favorite games. The WD Black SN750 NVMe comes with four variations (250 GB, 500 GB, 1 TB, 2 TB). Similar to the one before it, it also houses the PCIe Gen 3×4 M.2 interface. The unit also comes with five years warranty.

WD, short for Western Digital is a company that is well known for producing computer components, but they are more known for the storage drives. Among their roster of SSDs, we chose the WD Black SN750 NVMe to feature in our list because it is a beast when it comes to gaming.

The unit is equipped with reading speeds ranging up to 412.5 MB per second. With this, you are assured that the SSD can handle almost all games even the most graphics intensive ones. With its, reasonable price tag,  it is hard not to recommend the WD Black SN750 NVMe, especially to gamers.

Samsung 970 PRO SSD 512GB - M.2 NVMe Interface Internal Solid State Drive with V-NAND Technology (MZ-V7P512BW), Black/Red
$209.99
Buy Now
We earn a commission if you make a purchase, at no additional cost to you.

Samsung once again resurfaces in this list. This type we feature the best NVMe SSD, Samsung 970 Pro. Contrary to the first two entry on our list, the Samsung 970 Pro only comes in two capacity variations (512 GB, 1 TB). The unit is equipped with the PCIe Gen 3 x 3 M.2 interface. Each purchase of the Samsung 970 Pro comes with five years warranty.

If you want to buy the SSD that excels when it comes to the raw output speed. One of the key features that make the Samsung 970 Pro an excellent choice is the write speed. Currently, the write speed sits at 2,700 MB/s, which is a massive increase from last year’s Samsung 960 unit. Because of this, it is considered the fastest SSD available in the market right now.

The next entry on our list is our pick for the best PCIe SSD. This time we will feature the Toshiba OCZ RD400. The unit comes in four different variations (128 GB, 256 GB, 512 GB, and 1 TB). However, we wanted a 2 TB version of this unit. The interface it is equipped with is the PCIe Gen 3×4 M.2. Moreover, the group comes with three years warranty.

In addition to the four different varieties for the unit, it also comes in three variations when it comes to forming factor. It comes in M.2, M.2 2280 as well as an add-in card or AIC. However, not all the capacity variations occur with the three different form factors. The design of the Toshiba OCZ RD400 also is rather bulky, so if you want to buy the unit make sure that there is enough room in your computer case. 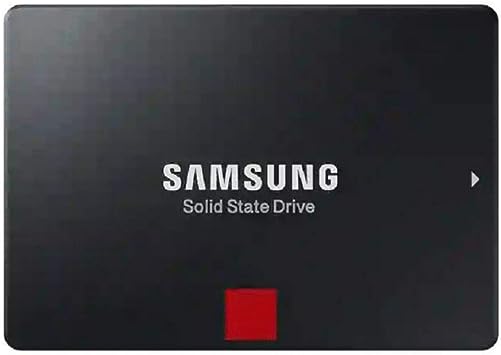 Most people are already over SATA 3. However, the Samsung 860 Pro is a testament that although the interface is rather old, it can still function well given that there are excellent software and hardware optimization from the manufacturer.

With up to 4 TB storage and with transfer speeds that range to rates that rival even the latest interfaces, the Samsung 860 Pro is an excellent choice for those who want a fast SSD but at an affordable price. Moreover, the Samsung 860 Pro can reach up to maximum speeds offered by the SATA 3 interface. Also, it is equipped with reliability and security that is already expected from Samsung SSDs. 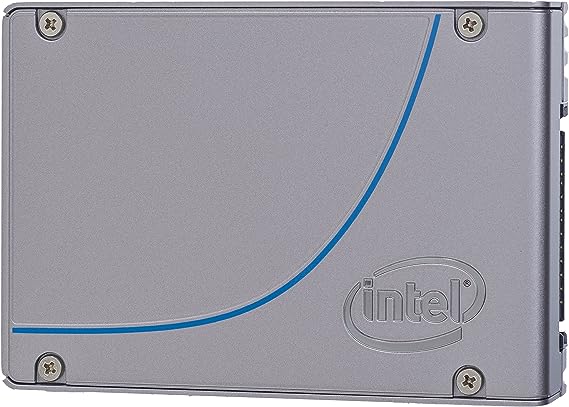 The U.2 interface allows for a larger size when used with the computer’s PCIe 4 slot. With this, the Intel 750 SSD achieves top of the line data transfer speeds as well as loading speeds. Moreover, the unit comes with a cable that is mountable on the bay case of the computer. To install it, plug it into the PCIe slot located on the motherboard of the machine. 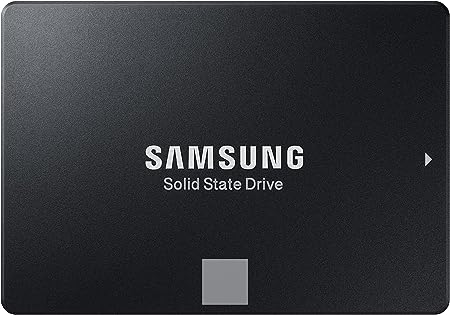 This list would not be complete with our pick of the best budget SSD. This time we will be talking about the Samsung 860 but the Evo version. Despite the low price tag, it achieves excellent performance and a host of features not offered by other SSDs at its price range.

The Samsung 860 series offers users an excellent performance albeit the affordable package. With the Evo version, you get a cheaper unit that has all the necessary features you can expect at its price range and even more.

While it has the older and somewhat limited SATA 3 interface, it still provides users excellent performance and read/write speeds that will rival even the midrange SSDs. On top of this, you have a robustly built SSD that has a simple approach to its design.

So there you have it, those are the best SSDs that you can buy today in the market. As mentioned above, different users have their own preferred set of features for SSDs. With our categorized list, we hope you have found the SSD that caters to your needs.