Skip to content
What is the Best Wifi Extender to Buy

What is the Best Wifi Extender to Buy?

If you have a large home, having a single router may not suffice when it comes to Wifi coverage. There will be a lot of spots within the house that will have a slow or nonexistent Wifi connection. This is a common occurrence in most homes. Thankfully, Wifi extenders are made to amplify the Wifi signal, especially in hard to reach spots.

The market is riddled with hundreds of Wifi extenders. However, not all of these are made with the same level of quality in mind. There are those from well-renowned brands that offer topnotch performance while there are also some that exist only to take hold of your hard earned cash. 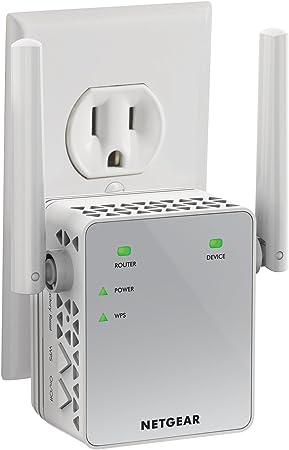 NETGEAR Wi-Fi Range Extender EX3700 - Coverage Up to 1000 Sq Ft and 15 Devices with AC750 Dual Band Wireless Signal Booster & Repeater (Up to 750Mbps Speed), and Compact Wall Plug Design
$39.94
Buy Now
We earn a commission if you make a purchase, at no additional cost to you.

The first entry on our list is the low cost yet efficient Netgear EX3700 wifi extender. This product can be directly plugged into a wall socket. It is also equipped with dual-band technology that allows support for  Wireless AC technology. The Netgear EX3700 has a maximum output of up to a whopping 750 Mbps.

One of the critical aspects that make the Netgear Ex3700 an excellent wifi extender is that it creates a separate network for visitors or guests. On top of this, the product boasts its Wi-fi analytics application. The app allows you to monitor the strength of your wifi signal as well as determine crowded channels.

We highly recommend the NETGEAR EX3700 because of the number of features it offers despite the low asking price. It hosts tons of excellent hardware that wifi extenders of a more premium price tag do not provide.  If you want more value from your hard earned cash, then this is the wifi extender for you. 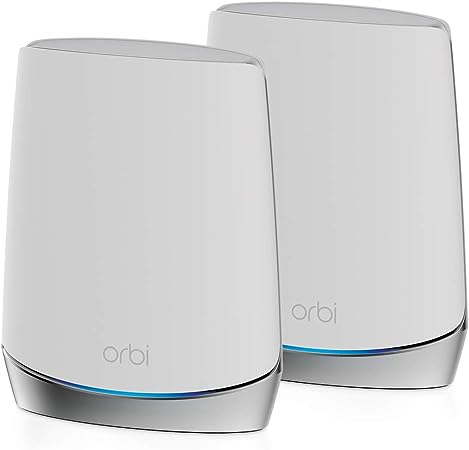 The second entry on our list is yet another excellent product from Netgear. This time, we will be talking about the Netgear Orbi. For an asking price of $300, the Netgear Orbi offers a packed wifi extender.

What separates the Netgear Orbi from the slew of wifi extenders today is the two-fold system. It houses three bands for better flexibility and an exclusive backchannel networking for the router that is connected to it. With this, the unit can veer away from the congestion of the two bands.

Netgear claims to equip the Orbi with a coverage range of 5,000 square feet that has sped up to 1.2 Gbps to all your devices. This is more than enough bandwidth allocation to plow through streaming platforms such as Netflix etc.

Both towers the Orbi has can connect to the router, which makes the unit somewhat a hub and a network. The towers also are equipped with four Ethernet ports making it a suitable wifi extender to connect with wired devices.

The setup is also straightforward and convenient. You can also do integration with the software of the unit via the mobile application or the web browser.

NETGEAR WiFi Mesh Range Extender EX7300 - Coverage up to 2300 sq.ft. and 40 devices with AC2200 Dual Band Wireless Signal Booster & Repeater (up to 2200Mbps speed), plus Mesh Smart Roaming
$139.99
Buy Now
We earn a commission if you make a purchase, at no additional cost to you.

Moving on with our list, we have the NETGEAR Nighthawk X4 AC2200 wifi extender. One of the critical features of the unit is the multi-user multiple input and multiple outputs, otherwise known as (MU-MIMO). The unit can also be plugged in directly to a wall socket. MU-MIMO technology allows users to communicate with several other devices simultaneously. With this, multiple users can enjoy fast internet speeds without constant lags or buffering.

Aside from this, the NETGEAR Nighthawk X4 AC2200 is a dual band wifi extender that can accommodate speeds reaching up to a whopping 450 MBps while on a 2.4 GHz band. It can also reach speeds up to 1733 Mbps on a 5GHz band.

On top of these features mentioned, it also has support for beamforming. With this technology, you can send data directly to users. In most cases, sending of data requires a broad spectrum system. The NETGEAR Nighthawk X4 AC2200 is noticeably bulkier compared to others in this list. It is also more substantial as it measures 6.3 x 3.2 x 1.7 inches. Instead of donning an external antenna, this unit has a more seamless design as the antennas are tucked in on the inside. 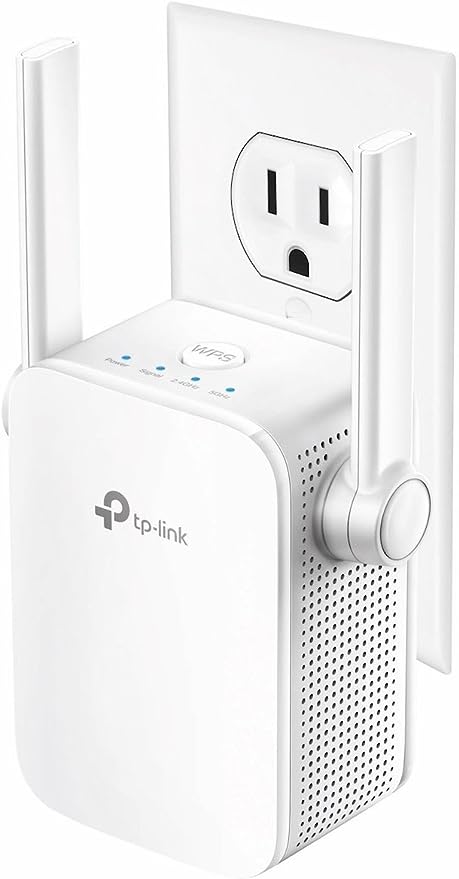 The next entry on our list might not be the wifi extender that offers the fastest sped at close range, but the unit truly excels in providing a dual-band RE305 system, making it one of the wifi extenders that have the most comprehensive range.

It can run on 2.4 GHz with speeds up to 300 Mbps and 5 GHz with speeds reaching up to 867 Mbps. It is also equipped with an ultra-fast Ethernet port that allows connection to wired devices.

The device dons a more industrial design but still screams modern and elegant. It has white rounded edges with two short antennas. On the front side, it is equipped with three LED notification lights. These lights indicate a connection to the router and its status. On top of all these, TP-Link AC1200 (RE305) provides its users with a two-year warranty that also comes with efficient technical support. 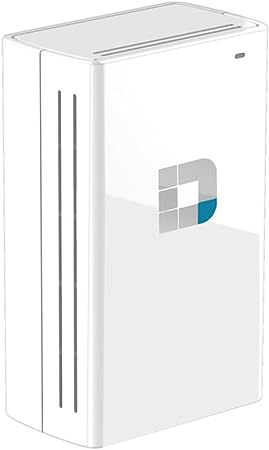 D-Link Wi-Fi AC750 Dual Band Range Extender (DAP-1520) (Discontinued by Manufacturer)
$9.99
Buy Now
We earn a commission if you make a purchase, at no additional cost to you.

The fifth entry on our list is the D-Link DAP-1520 Wi-Fi Range Extender (AC750). The unit can be plugged in directly to the wall socket. With a simple touch of a button, you can extend and amplify the wifi coverage within your house.

The unit is equipped with the Wireless AC technology with a speed output ranging up to 750 Mbps. With its dual-band technology, the wifi extender can run on 2.4 GHz with an output of 300 Mbps and 5 GHz at 433 Mbps.  The firmware of the unit can save the settings of the device which is a useful feature during power outages or in instances that require factory resets. You can monitor the status as well as the traffic of your network.

If you want a small and inexpensive wifi extender, that offers all the essential features, then this is an excellent choice. If you are hosting a LAN party or setting up a vast network within your house, then you need to look elsewhere. 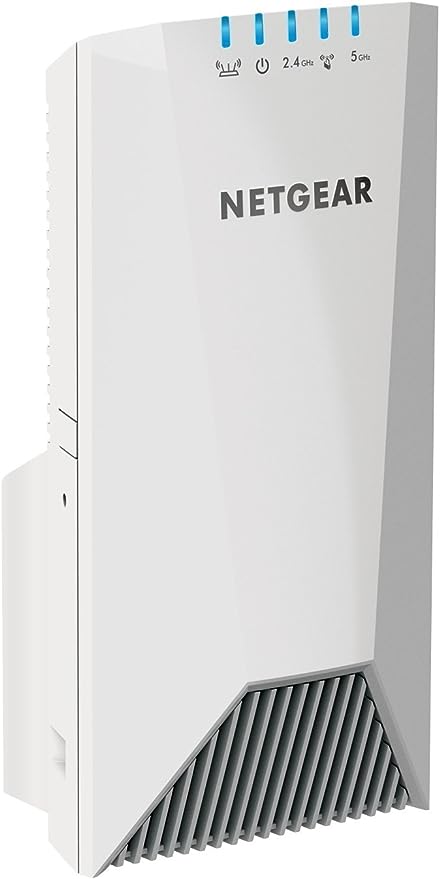 NETGEAR WiFi Mesh Range Extender EX7500 - Coverage up to 2300 sq.ft. and 45 devices with AC2200 Tri-Band Wireless Signal Booster & Repeater (up to 2200Mbps speed), plus Mesh Smart Roaming
$119.95
Buy Now
We earn a commission if you make a purchase, at no additional cost to you.

We are nearing the end of this list, and yet we have another Netgear offering. This time, we will be featuring the Netgear Nighthawk X6 Wi-Fi Mesh Extender.  It has the same design and algorithm as the Nighthawk units, but it has mesh receivers which even enhances the signal of the wifi.

On top of this, the Nighthawk X6 comes with some new features. One of the most useful features is the smart roaming technology. This technology provides a seamless and convenient way of connecting your mobile device to the strongest wifi signal present. It also has the best FastLane3 technology which provides a secure and reliable independent connection with the primary router.

The speeds offered by the Nighthawk X6 are also glaringly fast and is coupled with 2.2 Gbps. The Nighthawk X6 steps up its game with its tri-band system which can be controlled and set up using the mobile application.

We end this list on a high note with the inexpensive, yet feature-packed wifi extender, TP-Link RE220. The unit is known for providing users with a straightforward setup that is also very easy to use. The group, despite its small asking price, offers an excellent and reliable signal regardless of whichever room you are in your house, making it an excellent companion when streaming videos or playing online games.

The TP-Link RE220 can be plugged into a wall socket. With its small and sleek design, space and storage are not much of an issue. It has a small and ergonomic design making room for more devices to be plugged in the other outlets.

After setting up the extender, it will be able to indicate the optimal area to allow a faster connection. With a simple touch of a button, you can start streaming your favorite movies or videos.

On top of all these, the TP-Link RE220 comes with an intuitive smart app that lets you customize and make specific changes to the settings with a simple tap on your smartphone. You can also choose which units will be able to connect to the wifi network.

So there you have it, those are the best wifi extenders that you can buy today. Make sure to check out these products and say goodbye to poor and spotty wifi signals.